Last Thursday morning, Windows 7 popped an ugly message … cannot read Drive S: and after I closed the message, I immediately opened Windows Explorer and there was no more drive S:. Suddenly, a rush of panic engulfed my senses. It was in that drive that I recently consolidated all my photos, and yeah …. 1.35TB of RAW files since I got into the digital photography madness. I load up event viewer and one item says, “The device, \Device\Harddisk1\DR1, has a bad block.”. Loaded up Disk Management and Drive S just wasn’t there. I rebooted and my PC’s BIOS telling me I had a bad disk.

After a fresh restart, I immediately opened Windows Explorer to check on drive S:. Thankfully it was there but it cannot be opened and accessed. I immediately went on recovery mode. First thing I did was to test if my chances for recovery is high. I ran an old Sandisk tool RescuePro and recovered files without subjecting the faulty hard disk of any write operation. Though very effective, RescuePro just went on and dumped every file it can recover in a single folder with the recovered files named as 00001.cr2, 00002.cr2 …. xxxxx.cr2. After a few files recovered, I realize it would be a nightmare trying to check each file for its content. I cancelled RescuePro and run TestDisk which I had used with my faulty CF and SD cards before. This tool is very advanced in terms of disk/file recovery but its UI is as old as those character based DOS apps of the 80s. Running TestDisk, I was able to peer into the folder structure of the faulty hard drive, and have each recovered to another disk 1.5TB disk. It took me almost 24 hours to have everything recovered. Yeah … ALL files were recovered.

Just as I thought my woes are over, while verifying each folder if it indeed been recovered, Windows 7 PC blue screened. If you are just a street away from me that time, you could have been deaf by the curses you have heard from me. I restarted the PC and it says something about a missing BootMgr. What the !@#$!!!!! Upon further scrutiny, I realized the problem started some couple of years ago when I had this PC freshly formatted when I added some new hard drives. I remember when I had the first HDD upgrade, I set the BIOS to boot on the new 1.5TB HD instead of the switching cables so that boot order would match corresponding disk ports. What happened was I had the following setup:

Earlier this year, I replaced the old 320GB with another 1.5TB and forgot to reset what was in the BIOS all these times. So I had the following setup:

Without this HDD crash incident, I could not have known that Windows 7 did the following when I had it reformatted right after installing the new 1.5TB HDD some months back.

As you can see, BIOS tells the PC to boot from Device 1. Since it has crashed, it could NOT find the necessary boot info, thus I got the “BOOTMGR is missing” message. I attempted to BCDEdit, but the app hangs as it accessed the faulty drive. I have tried Windows repair and all to no avail. Windows repair only managed to fix the partition issue but it does not repair BOOT miscue. All these until I got Hanselman’s blog on BCDBoot where he happen to be in a similar situation.

I immediately ran BCDBoot and restarted the PC, changed BOOT Order to Device 0 and it just wont boot properly.

Thinking, BCDBoot had already corrected the BOOT miscue, I thought Windows Repair could do things differently this time. I popped the Windows 7 installer and went on Repair mode and voila … the PC booted normally. Checking on Disk Management, my rig now says:

I then physically removed the faulty hard drive for one last reboot … and everything just are back, all 1.35terabytes of RAW files and some new knowledge on how Windows 7 installs and fixes itself!

First of all, BIG thanks to my friend Rhamille for sending me a Google+ invite.

I started with Flickr, using a Canon A40 point and shoot and remained a paying customer for years to publish my photos when I realize I want more. At first I thought Flickr was all that I wanted. Hi-resolution, un-tampered photo quality, album management, peer feedback, specialized photo groups, and Explore!!. Then I realize my friends, the people that I also want my photos shown, were not there.

Then Facebook came. I am actually a late Facebook adopter as it has been quite sometime before people were able to convince me to take the social networking plunge. I resisted Facebook for some time but as soon as I experienced the power of the “Like”, I never looked back. I still have my Flickr account, which I don’t update anymore since August 2010 and it says, “Hey Toto Gamboa (Not Uploading Pics Here Anymore)! Your Flickr Pro account has expired. Don’t panic! You can only see 200 photos, but the others are safe & sound. You can see them if you renew.”. As if I care if I don’t renew! 😛

I have used Facebook’s photos for my photographs since last year but there is so much to be desired from Facebook’s Photos. And there are lots of negative things a photographer can say regarding Facebook’s photos. And you will always hear from everybody that Facebook is, first and foremost, a social networking site and not to be compared with against photography centric sites such as Flickr and the likes. And, did I say that the first note I wrote in Facebook was on how I was so disgusted with its photos? Lols! I had sworn that the moment there is another social networking site that will give photos some importance, I wont hesitate to quickly adapt to it.

And voila! G+! seem to be the answer to my prayers. Not to bore you with what Google+ is, but as a photographer, it’s like Facebook and Flickr rolled into one and then some and A LOT MORE! Here is my quick experience with Google+ Photos:

Google+ is just 2 weeks old since invites were started. And a lot of things remain to be seen. However, despite being in beta, it looks very promising and most of the things I wanted from Facebook are there.

Of course, for things to get better. All my friends in Facebook need to join Google+ first! 🙂

Now it’s for you to find out what is in store with Google+ photos! … check out my Google+ albums! 🙂

Below are two photos linked to a single file in my server. The first one you see should be in its highest quality while the second one should be exactly the same as the first IF YOUR INTERNET SERVICE PROVIDER DOES NOT DEGRADE IMAGE QUALITY by routing the image to a bandwidth optimization server. If you happen to see the second image to be inferior in quality, then the ISP you are using is doing something to save on bandwidth.

You should see this image in its highest quality!

Here is another test reference: 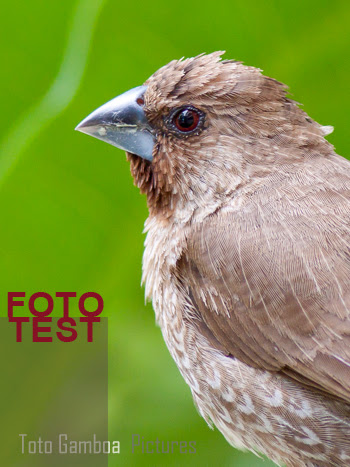 Pay attention to details like the edges of the tree and the bird, also my signature. Check if you can see some pixelized portions and discolorations.

To resolve this issue, host your photos on services that offer Secure Socket Layer (SSL) for your site. This way, your photos will be encrypted while it goes from your host server to your viewer’s browser. This way, ISPs won’t be able to ‘touch’ or degrade your images so they can save on badwidth. So far, this is the only way I can think to circumvent this issue.

Many months ago, I went all wireless and dropped wired to cut down unnecessary and redundant expenses. First I used Globe’s Visibility stick and after a few months, got myself Smartbro’s version. Signal and performance isn’t much of a problem. What annoys me though is some QOS feature implemented that reduces the quality of one’s browsing experience.

In Globe’s 3G network, they reduce the quality of images you see in every webpage you open. This is to save on bandwidth. A 600kb+ image is often reduced to 90KB. To overcome this reduction of quality, one has to hover its mouse on the image for 2 seconds or more so one gets the full quuality of the image.

I got fed up with the QOS (Quality of Service) and got myself a Smartbro prepaid. Smartbro allowed me to reach as high as 5.5mbps as of this writing (compared to Globe’s 2mbps or less offering) and I seldom have problems encountered … er .. until last weekend.

Smartbro, as of last weekend as far as I can tell, followed Globe’s QOS strategy. Smartbro ins’t that aggresive in reducing an image quality as compared to Globe. However, the quality reduction on the images are very noticeable.

I can understand why they have to implement these QOS features but they should at least disclose it to their customers. I wonder if there are other providers out there that dont mess around the quality of your photos/images. Anyone?