I am about to venture into transitioning a 10 year old database that started with SQL Server 2000 which has surely some (a lot?) accumulated  ‘dirt’ in it that started way back in 2001. In the past (am sure it still is with 2012 edition), SQL Server has been very forgiving for all the sins of its handlers (DBAs, developers, users, & pretenders). It had allowed a lot of minor issues to creep into the database without constantly complaining and compromising its ability to run in production. In a perfect world, those issues could have been eradicated a long time ago.

The ‘dirt’ has accumulated as SQL Server hasn’t been pestering people that there is some cleaning up to do. In the real world, that is acceptable. We just can’t stop the show after someone spilt water on the stage floor. After 10 years,with better tools and ways to clean up dirt, it would be a worthwhile exercise so we can navigate easily through the challenges of modern times.

Enter SQL Server 2012, it packs with efficient and reliable tools to accomplish this tasks of cleaning things up. To start on the cleaning process though I need to see the mostly unseen ‘dirt’. SSDT comes in handy for this job.

Here is how to begin identifying what needs to be cleaned. 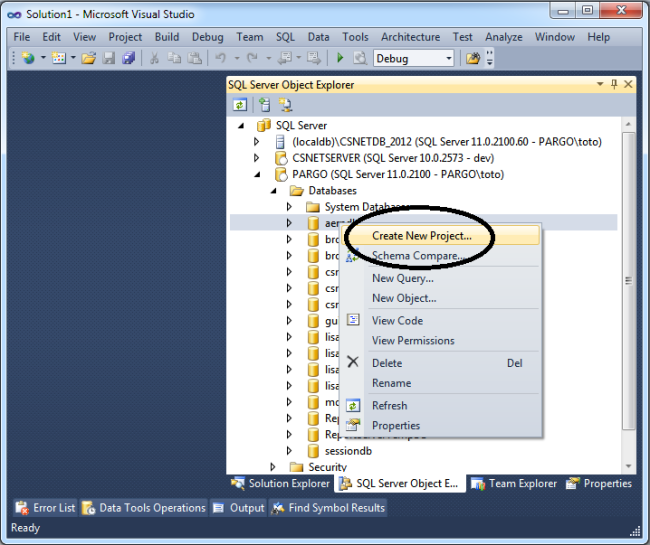 Then allow SSDT to scan your database for ‘dirt’. I am actually referring to ‘errors’ and ‘warnings’!

After scanning, go to the Error List tab and VOILA!!! now you see the ‘dirt’. 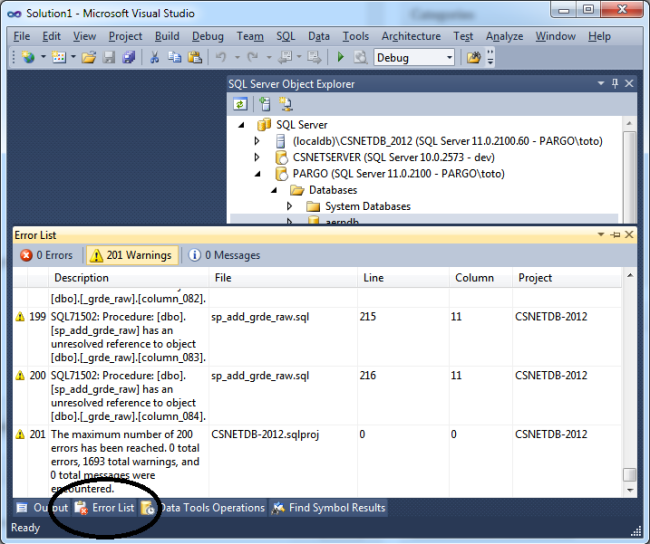 Armed with a long ugly list, you can now hire a cleaner to scrub off each and every dirt you have identified.

That is all for now for the cleaning up!