The arrival of SQL Server 2012 last week sparked a semblance of positivity among people who have been using version 2005 who also held off on upgrading and skipping two SQL Server 2008 releases. For a lot of folks like me though, SQL Server 2012 gave a lot of boost and now lengthens the lifespan of 2005 databases. Not that 2005 is dying, but the tool lend more than a helping hand to a lot of 2005’s inherent goodies that some might even consider sticking with the version a little bit longer. Enter SQL Server Data Tools (SSDT), formerly aliased as “Juneau“, is the newest tool Microsoft has provided for its legion of SQL Server professionals.

Though SQL Server 2012 has a lot to offer to anyone, SQL Server 2005 is very much a formidable data platform that would not go away anytime soon. My company still supports a lot of clients running SQL Server 2005 that might not be considering an upgrade anytime soon. And as a matter of strategy, we still very much believe that we have to pick the most common denominator among our target space. So here, just in time, SSDT gets to be initiated with a new project that would at least support SQL Server 2005.

The last time I use SSDT was in SQL Server 2012 CTP3 and utilized it for some presentation/demo. I downloaded it earlier today and wasted no time and have it installed smoothly. No hiccups. It gets me so excited to play around a new tool with something that won’t be laid only to be forgotten after some tinkering. This time, SSDT gets to do real work right away with a small database.

Here are some of goodies SQL Server 2005 users from would get from a production release of SQL Server Data Tools:

My initial feedback on SSDT is that it is a very helpful and very promising tool. For the first release, there is so much goodies that can alleviate some tasks that used to be very tedious before. For the few hours of tinkering, I was able to fashion out a database with ease.

There is a lot more to discover from SSDT. So far, only a few hours of playing time was spent and I felt my productivity has been tremendously boosted.

Indeed, SQL Server 2012 is now the flagship product of Microsoft when it comes to handling data … but with SSDT’s help, SQL Server 2005 is here to stay for a bit more.

For more information about SSDT, check out the links below: 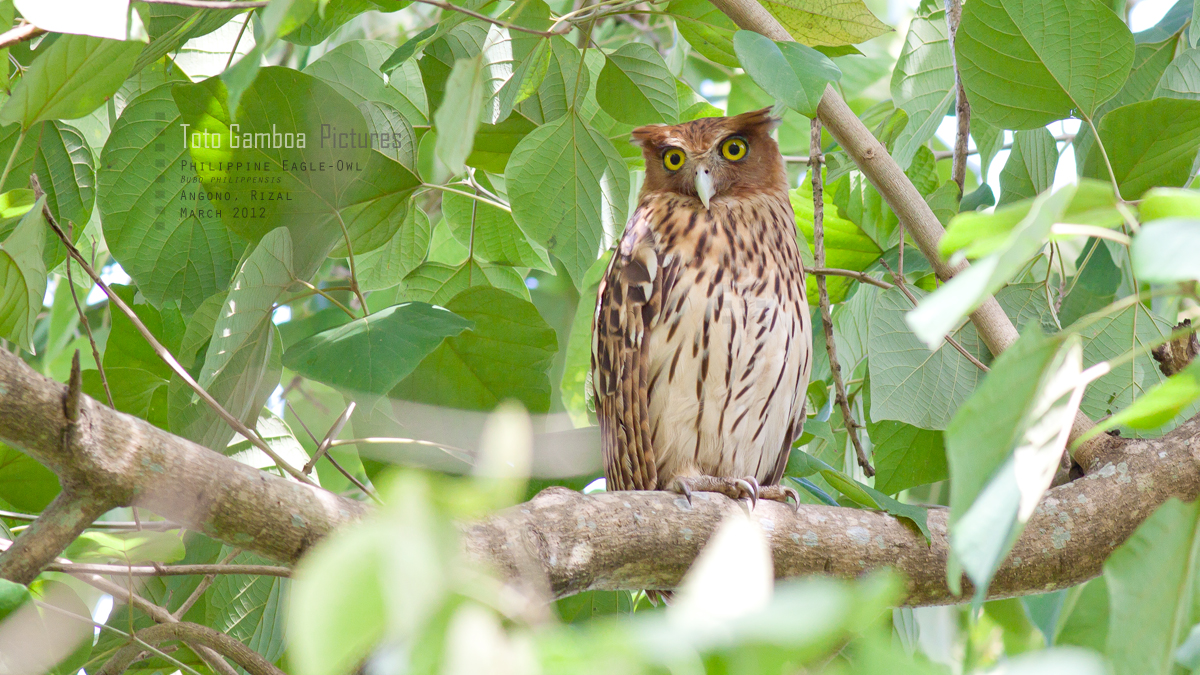 The Philippine Eagle-Owl. The largest of all owls endemic to the Philippines. It stands almost 20 inches and preys on small mammals like rodents and snakes.